Oh the many reasons for my garden failures

This has not turned out to my year for gardening. I will blame it on the weather, of course, but our epic fails might have more to do with lack of time, attention and possibly fertilizer.

We started out the year well enough. I had decided in the spring not to plant much in the way of vegetables. With our kids very involved in 4-H and the fair, and our son starting college in August, we decided to downsize the gardens. We took one of the garden strips out of production and planted grass. In the two strips that were left, my husband planted three different plantings of sweet corn. In the raised beds, I planted only a few basics – a couple of tomatoes, peppers, cucumbers, cabbage and green beans.

Sadly, I should have just left the cover crop in the raised beds. The tomatoes did get caged, but they have long since grown out of them and gone crazy enough they could be mowed off with the lawn mower. I’m sure there are tomatoes in there somewhere, but no one is brave enough to reach in too far. During the fair, the cucumbers were ignored and grew as large as watermelons. Needless to say, no one wanted to eat those except the chickens. The green beans didn’t come up well, but what did grow yielded a couple of meals and enough to freeze a few quarts. The beans are done, so they have been pulled. The poor cabbage never had a chance against the cabbage worms this year. I salvaged what I could, but it’s a good thing we don’t have a huge appetite for cabbage.

The first patch of sweet corn was actually ready early, like it was supposed to be. We were able to sneak out a few ears past the raccoons that found it before we knew it was ready. Although we planted different varieties of sweet corn, with different maturity dates, most of it was ready to eat fair week, which of course is when we’re not home long enough to eat anything. So that will all be cut off and fed to the heifers. At least the raccoons and cattle enjoyed the corn.

I typically use a water soluble fertilizer on my potted flowers throughout the summer. Knowing I would be pressed for time most of this summer, I splurged on potting soil that was supposed to have fertilizer in it that would last for a few months. Looking at all of the dead flowers I have, I don’t think that worked out well for me. I have never had so many potted flowers die before Labor Day, and I am always rather neglectful after August first. I’m guessing it was a lack of fertilizer, but I’m not sure. Let’s just say I won’t be buying the same potting soil next year.

As I went through the Zanesville Farmers Market recently, I realized I am grateful that not everyone has garden fails like I do. Those farmers make part, if not all, of their livelihood from growing things and they can’t afford epic failures. I am grateful that there are people who know what they are doing when it comes to growing food, and that I don’t have to depend upon just my own garden to feed my family. If making a trip to one of the farmers markets is on your to-do list sometime soon, be sure to thank those you buy produce from – it isn’t easy battling the weather, wildlife, pests, and weeds to get that produce to market. 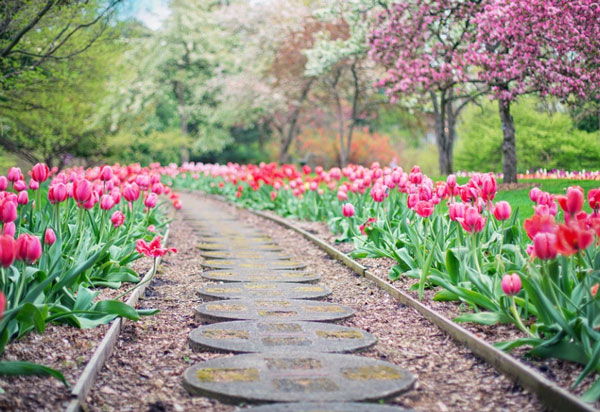