As many know, our Monarch populations are dwindling away. This is due to a number of reasons, but the majority of questions asked are focused around how we can help. There are small steps you can do in your own backyard to help. Many times people hear the word “conservation” and immediately jump to save the elephants or the sea turtles. Yes, those are important as well; but many do not know there are so many conservation practices you can do in your own backyard or community. Conservation is not just the preservation of animals, it’s also the preservation of plants and natural resources as well.

Monarchs have become the focus of the insect world due to their low populations. More and more communities are coming together to create habitats for them. Some of you may have noticed across from Ohio University Zanesville there are patches of tall “weeds” that are strategically placed. Those are patches of Milkweed; scientists have confirmed they attract more Monarchs when planted closely together in patches, like you see there.

Let’s take a step back and learn a little more about the Monarch itself. As we know, they go through complete metamorphosis, like all other moths and butterflies. This means there are four stages in a Monarch’s life cycle: egg, caterpillar, pupa, and adult. One of the most important components of a Monarch’s life cycle is the need for a host plant; that is where you come in! Caterpillars can only eat a specific plant species and therefore the host plant is vital to the larvae life stage; in this case that host plant is a Milkweed or very closely related plant species. An adult butterfly lays its eggs on the leaf and once they hatch the caterpillar begins eating the milkweed foliage. In the caterpillar stage of the life cycle it will actually go through five molts called instar. At the end of the final instar the caterpillar will then create the chrysalis. While in the chrysalis the Monarch caterpillar’s tissues will be transformed into the adult butterfly. The entire life cycle takes about four to five weeks.

Monarchs cannot survive the winters in North America and therefore they are known to travel as far as 3,000 miles south. Like many bird species, they make a two-way migration, which is rare for any other butterfly species. Monarchs spend their winters in high elevation oyamel fir forests in central Mexico. Once they have made their way down south they gather in large clusters in the trees tops to keep warm.

In the last twenty years, scientists have estimated the Monarch population has diminished 90%. The reasons behind this decline are due to: 1. decline in Milkweeds in Eastern North America; 2. timbering, which leads to an increase in predatory insects and an increase in air pollution. and; 3. an increase in untimely winter conditions including hail, freezing temperatures, and high winds.

The best thing you can do to help protect this species is to plant Monarch gardens. You can do this by planting various kinds of milkweed plants such as butterfly milkweed, common milkweed, purple milkweed, and swamp milkweed.

Just a small amount of effort in your own back yard could mean the difference for a diminishing population of these magnificent creatures. 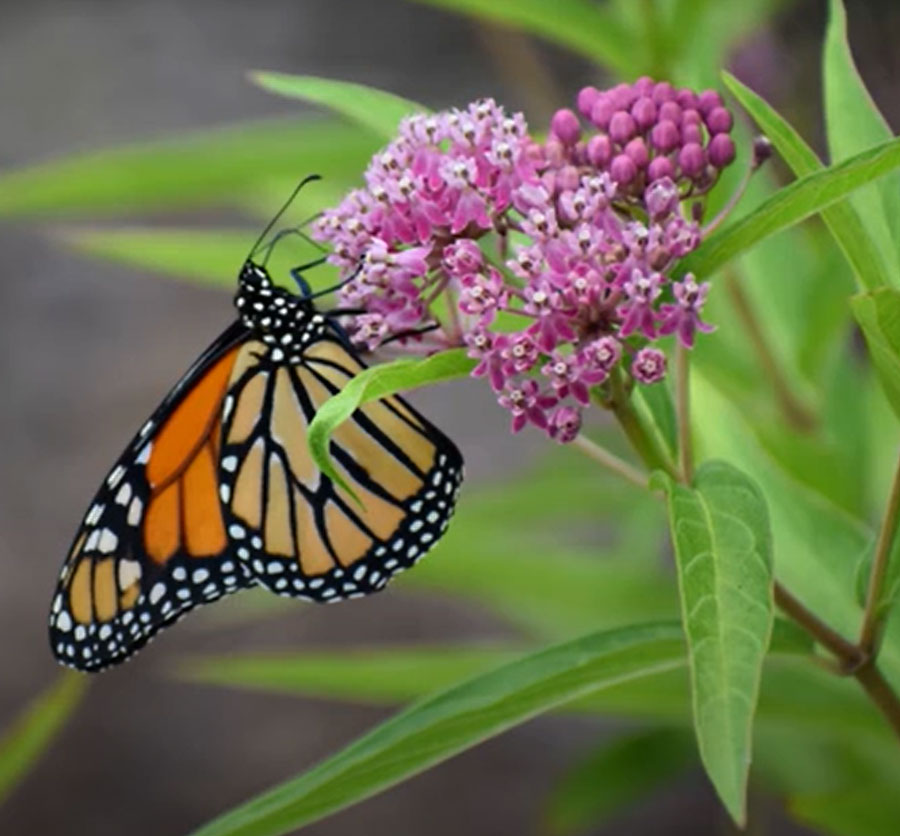