Those That Go Bump in the Night

Not all winged creatures are as bad as they are made out to be, bats being one of them. Thanks to pop culture we assume bats are rodents, drink your blood, are blind, fly into your hair, and worst of all will give you rabies. These are simple misconceptions.

I will start from the beginning; bats are not rodents. They are not even closely related to rodents. In fact, we, as primates, are more closely related to rodents than bats. Their closest relatives are those of the family that stems to cats, dogs, pigs and horses. Bats are an ancient animal and are believed to have lived 50 million years ago. The oldest fossil definitively identified as a bat is from 52.5 million years ago. As far as scientists can tell, this oldest bat was capable of flight, but scientists are unsure of its ability to echolocate.

Today there are around 5000 species of mammals and bats comprise over 1/5 of them. There are two suborders of bats: small, mostly carnivorous bats who can echolocate and large fruit bats and flying foxes who do not echolocate. The bats we have around southeastern Ohio are all small carnivorous bats who feed on insects, especially mosquitos! A single small bat can eat up to 1000 mosquitos in an hour, which is a great reason to keep them around! The misconception that bats drink your blood only qualifies for the vampire bats, who also feed on nectar, pollen, insects, fruits and meat. Those species are unlikely to be found in the United States and the term “drink” is an overstatement. These bats are very small, and they use their teeth to slice a papercut thin puncture on livestock and then they lap the blood up like a dog would drink water. The majority of the time the animal does not know it was even punctured.

Another misconception is that bats are blind. Ever heard the phrase “blind as a bat”? It is known some bats have poor eyesight but there are no known species who are completely blind. Like many nocturnal creatures, they rely on light changes to known when to be active. There are some bat species who have such well-developed eyesight that they can detect color at night; their vison is much better than a human’s. Some bats also have the ability to echolocate, which is better than eyesight.

Bats are also branded to be infected with rabies. According to Ohio History Connection, there are only one-two rabies infections contracted from bats in the U.S. per year, so a person is more likely to catch leprosy or the plague than contract rabies from a bat. Bats are less likely to carry rabies than skunks, racoons, coyotes, foxes, and unvaccinated pets. The biggest mistake people make when it comes to bats, is that due to their size and docility, people are more likely to handle them. Do not handle a bat in any circumstance as they are not as docile as they look and will likely bite. If you see a bat who is active during the day, laying on the ground or doesn’t fly away when you get close, do not handle it, keep children and pets away from it, call a local wildlife officer or professional, and DO NOT KILL IT. It is illegal to exterminate a bat.

Why do we care? I am sure you are all asking yourself this very question. Bats are not just important for population control on mosquitos, but they are also important pollinators. Like all other pollinators we need them for our crops and gardens.

The biggest threat facing our bat populations is White Nose Syndrome. This disease affects bats when they are in their torpor state (a form of hibernation where the metabolism slows, body temperature decreases, and its heart and breathing nearly stop). Unlike full hibernation, torpor can last just overnight or continue for weeks at a time. White Nose Syndrome is an infection caused by a fungus. It disrupts the bats torpor cycle, causing the animal to wake before it should, usually in the winter when temperature is still very low and there is limited supply of food. The infected bats are likely to die from dehydration, starvation, and exposure before spring. The fungus has also been known to eat holes in their wing membranes. Fortunately, there have been successful treatments to bats who contract the infection, the problem is being able to treat a whole colony that has been infected without treating each individual bat.

The easiest way you can help is to put a bat box in your backyard. Instructions can be found on our website at Bats of Southeastern Ohio.

Bats are a great animal to keep around to help with insect control and reduce the use of pesticides or insecticides. They are also fantastic pollinators and can help increase yields in fields as well as in your backyard gardens. Unfortunately, due to their misconception’s bats are often written off as pests and people have them eradicated. With a little education and encouragement, we hope to get all of you excited about seeing bats in your backyard! 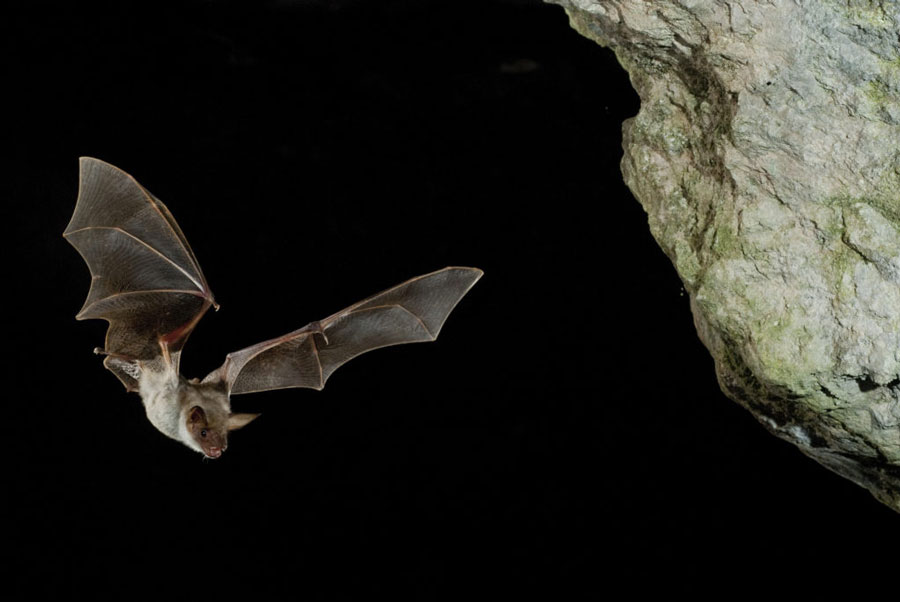