Muskingum Soil and Water Conservation District - What’s in a Name?

What’s in a Name?

What could be good with hell beginning its name? I just found out about a fascinating creature called the hellbender, which is a member of the salamander family. It is also known by other names such as snot otter, lasagna lizard, devil dog, and these are just the names I found interesting. There are more. It is not exactly known how the hellbender got its name, but some believe it was named due to its odd look. There is a theory that the first settlers thought it was a creature from hell, bent on getting back, hence the name hellbender. There are two subspecies of the hellbender. The Ozark hellbender found in a small number of streams in Missouri and Arkansas and the Eastern hellbender. The Eastern hellbender can be found in the northern part of New York to the southern part of Georgia and as far west as Missouri. They are a fully aquatic amphibian and live under large rocks in swift-moving cold, fresh, and clean water.

I have only seen pictures of the hellbender, and its odd look is an understatement. I will try my best to describe it to you. It has a flat head and body with beady eyes set on the side of its head. It is covered with slimy skin which is wrinkled on the sides and between the legs. It has short front legs with four toes and the back legs have five toes. The tail is thick near the body and thins to a point as it gets to the end. The top of the tail thins to a knife edge look. The hellbender has gill slits on each side and lungs. The gills do not function, and the lungs are not used for oxygen. The lungs are used for buoyancy. Oxygen is received thought the skin capillaries. The hellbender’s body can be brown or red-brown in color with a pale underbelly. An adult male or female hellbender can be anywhere from 18 - 30 inches long from the tip of the head to the end of the tail, and weigh as much as 5 lbs. The hellbender is the third largest salamander in the world to the Chinese and Japanese Giant Salamanders, which take first and second. They can live in captivity for 29 to 30 years and up to 50 years in the wild. Though the name hellbender would suggest an aggressive character, they are basically a non-aggressive creature.

The hellbender’s diet is made up of crawfish. They will eat insects, earthworms, and small fish, but prefer crawfish. The hellbender has been accused of decreasing the bass population and other fish population due to eating their eggs. However, scientists have not found evidence to support this theory. The hellbender does have sharp tiny teeth that help them break the shell of the crawfish. It is not true that a hellbender’s bit is poisonous. They do their hunting at night; however, you may see activity from them before nightfall.

There you go, this creature was not sent from hell, but is an environmental gift provided to help us be aware of the importance of a healthy ecosystem. 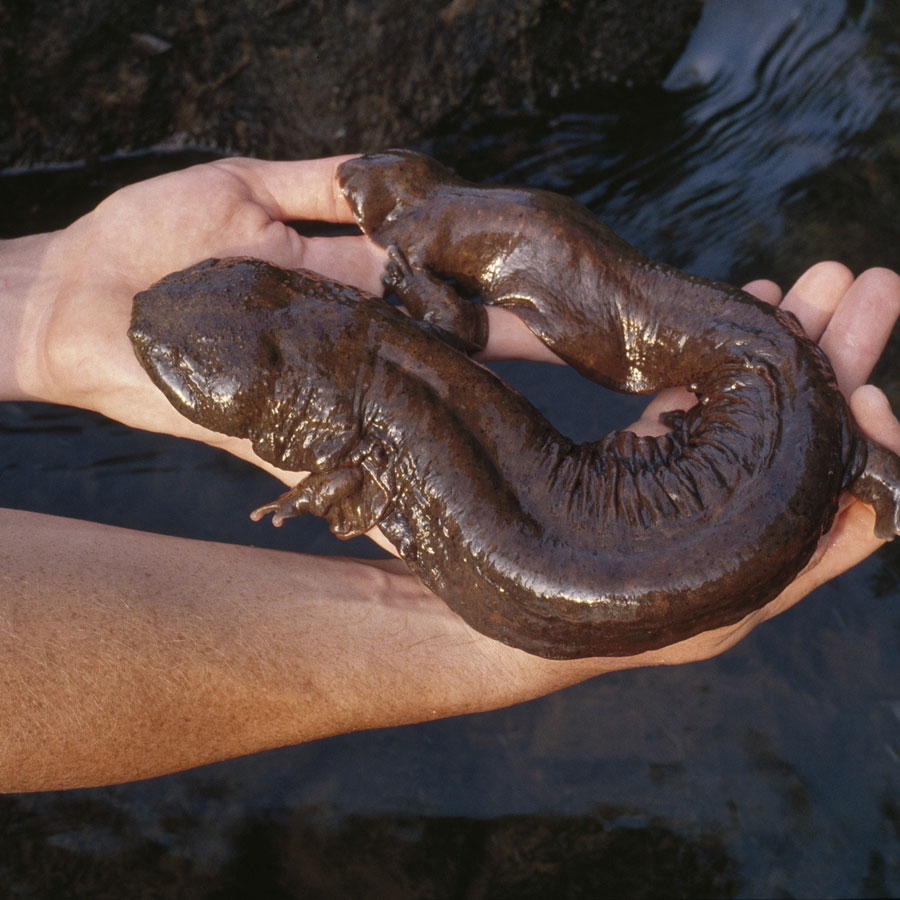