Article: If You Plant It, They Will Come.

You’ve probably heard the saying, “If you build it, they will come” from the movie, The Field of Dreams. We decided to test that theory, with our own spin on it. We built a garden for the pollinators…and they arrived!

Late in 2021, the District, in partnership with the Muskingum County Master Gardeners, received a Neighborhood Grant from the City of Zanesville to establish an educational pollinator garden next to the parking lot at the Rural Services Building. The funds were used to purchase fence, ground fabric, and seed to establish the garden on the lot the Muskingum County Commissioners are generously letting us use as the garden site.

District staff and summer interns installed the fence and they, along with several Master Gardeners, planted over 700 plants in the garden. The garden site features several sample gardens, including a shade garden, a wet-area garden, native grasses, a milkweed garden, and one for full-sun. Small signs identify the 40+ species of native plants. A sign at the entrance features some common pollinating insects that might be found in the garden, along with pictures of some of the plants in bloom.

The garden was all abuzz on August 11, with over 30 people attending the grand opening. WHIZ News ran a story on the grand opening; see it at: https://whiznews.com/?s=pollinator. With the Muskingum County Library System, we held a monarch tagging event in the garden in September. Unfortunately, that morning was chilly and only one monarch flew by. He saw the 25+ people waiting for him and didn’t stop by! However, a couple of days later we tagged several monarchs that were feeding on the plants.

As we move from fall into winter, and the plants die off, they will be left in the garden. This will provide overwintering habitat for the native insects. Once the temperature reaches a certain point in the spring, we will clear out all the dead plant material in preparation for the spring growth.

When you are out and about, be sure to check out the newly established Rural Services Building Pollinator Garden, at 831 Shinnick Street (beside 225 Underwood Street). It is free, educational, and open to the public. We hope to see you enjoying the garden soon! 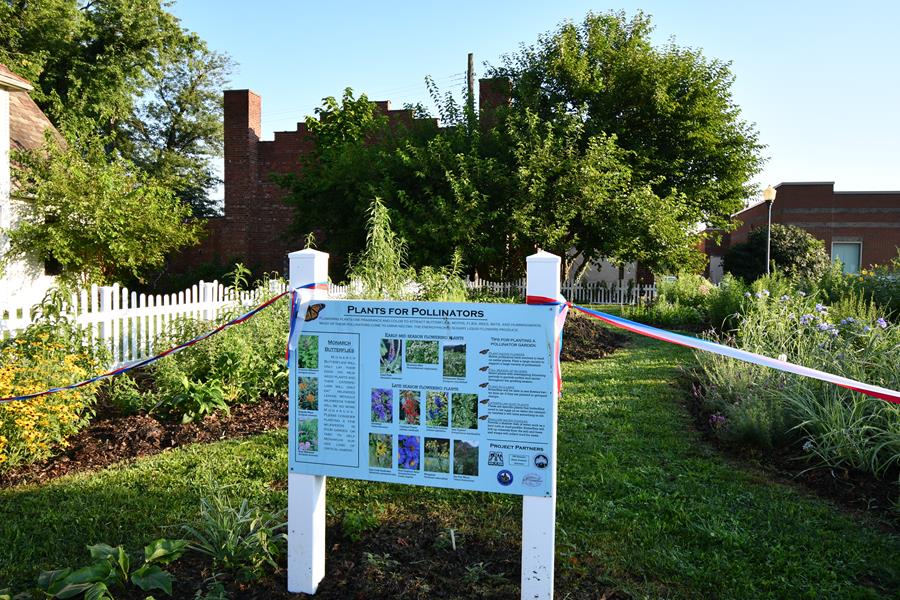 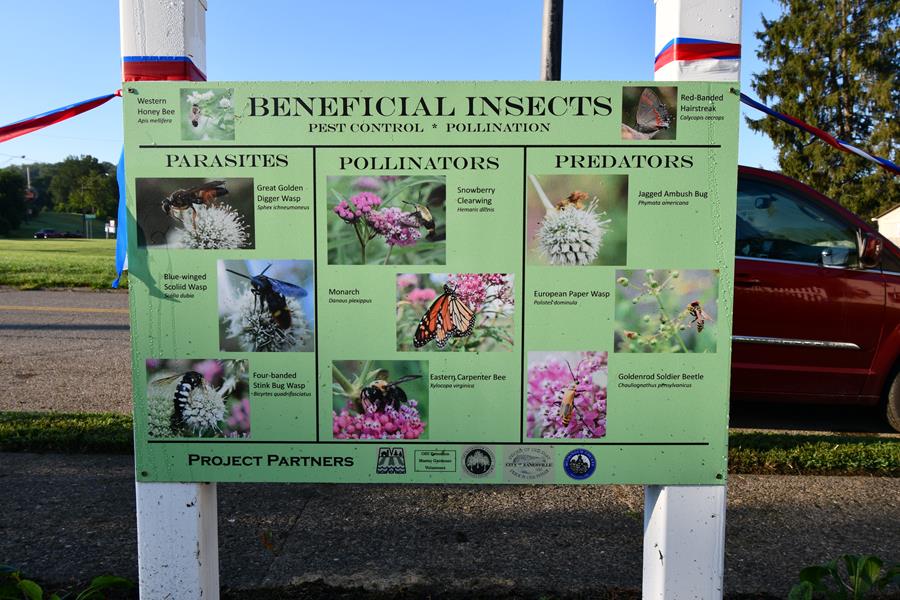 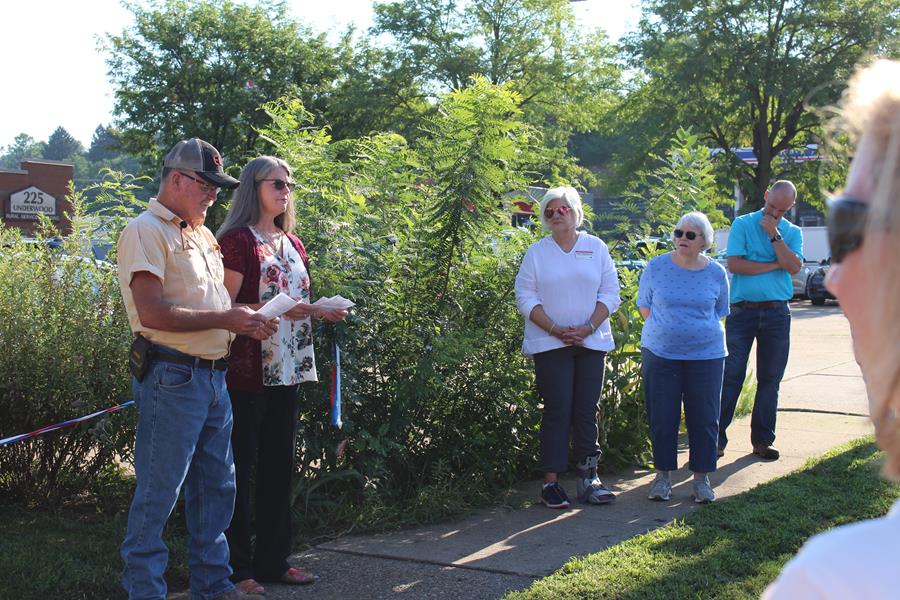 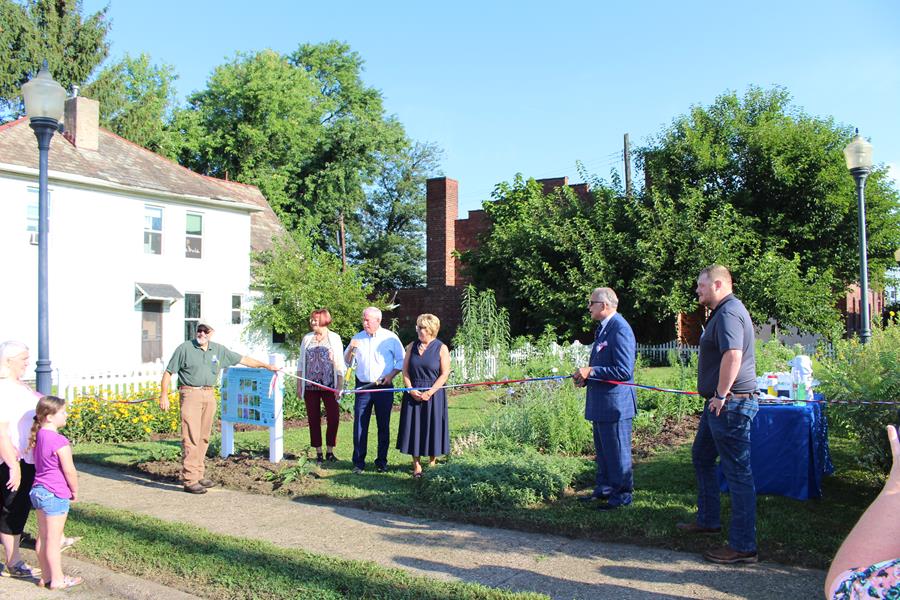 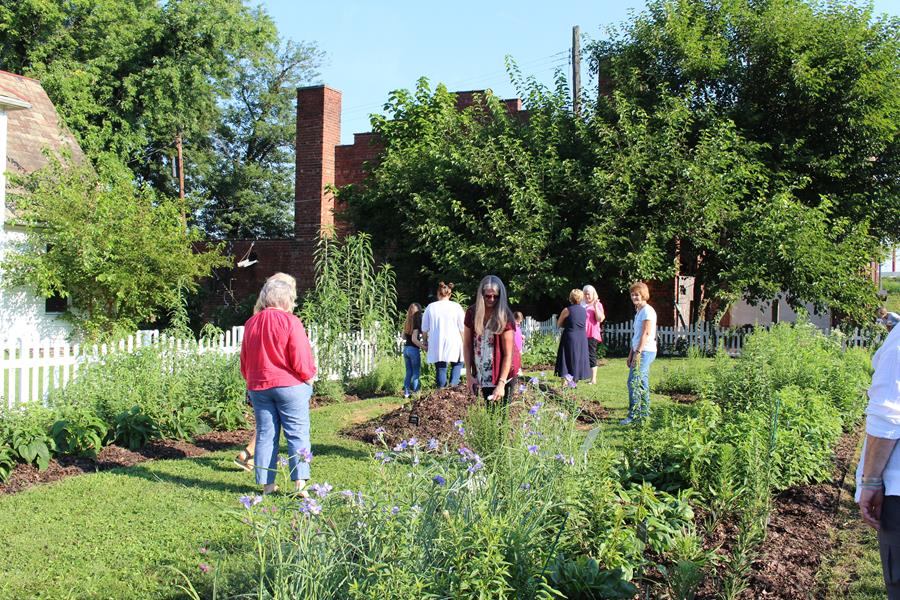 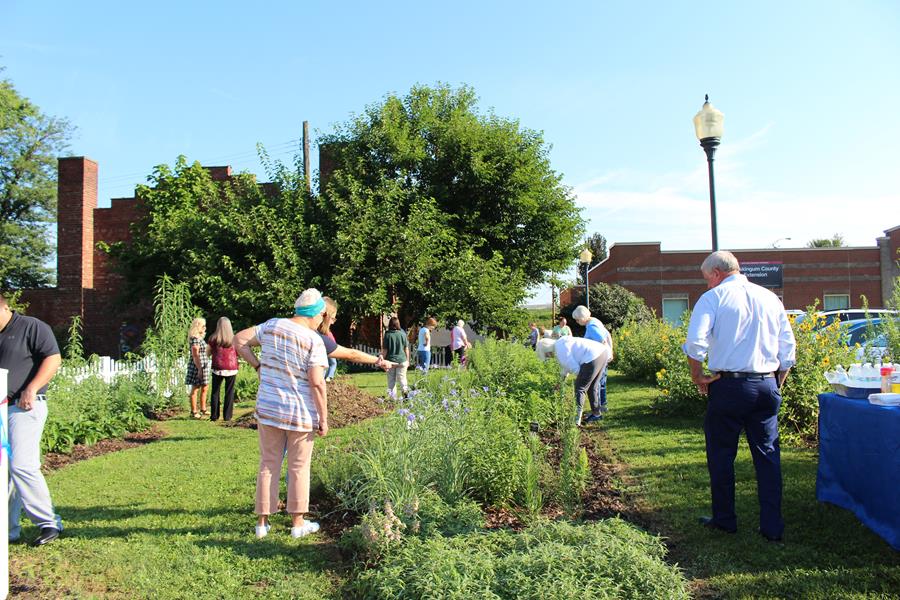 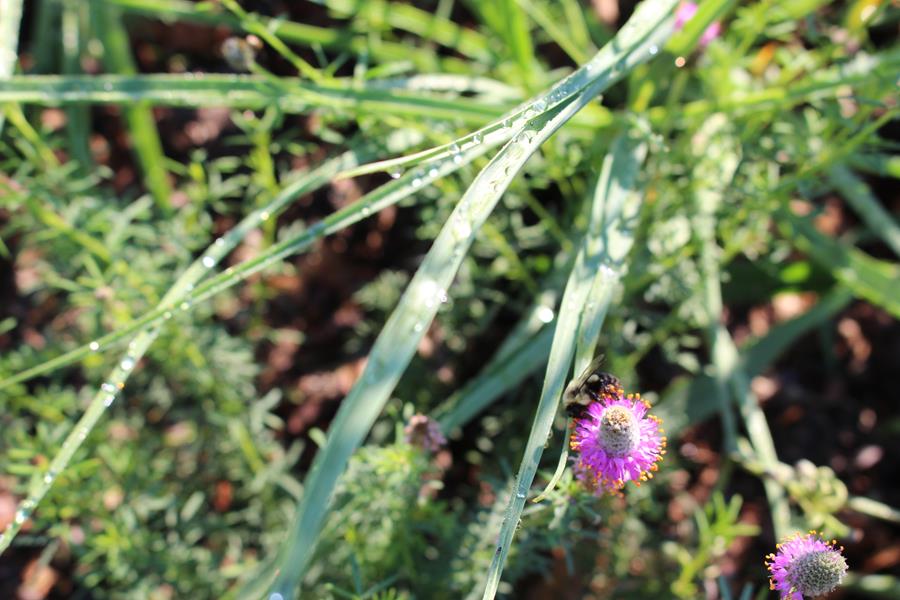 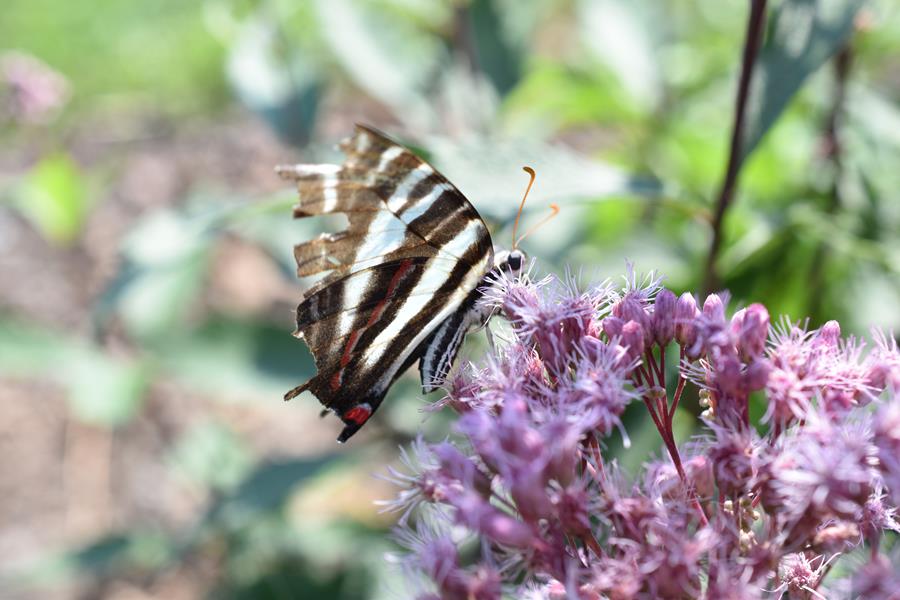 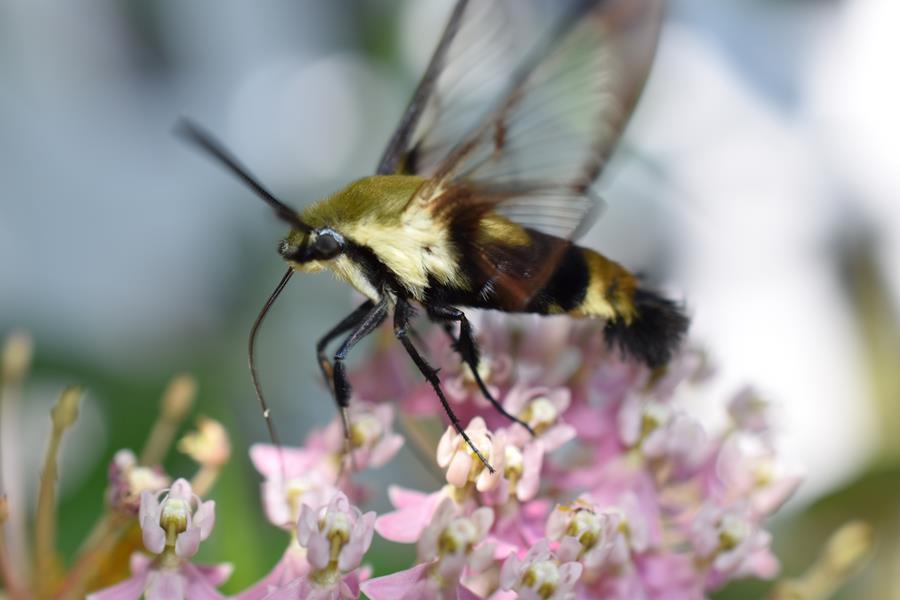 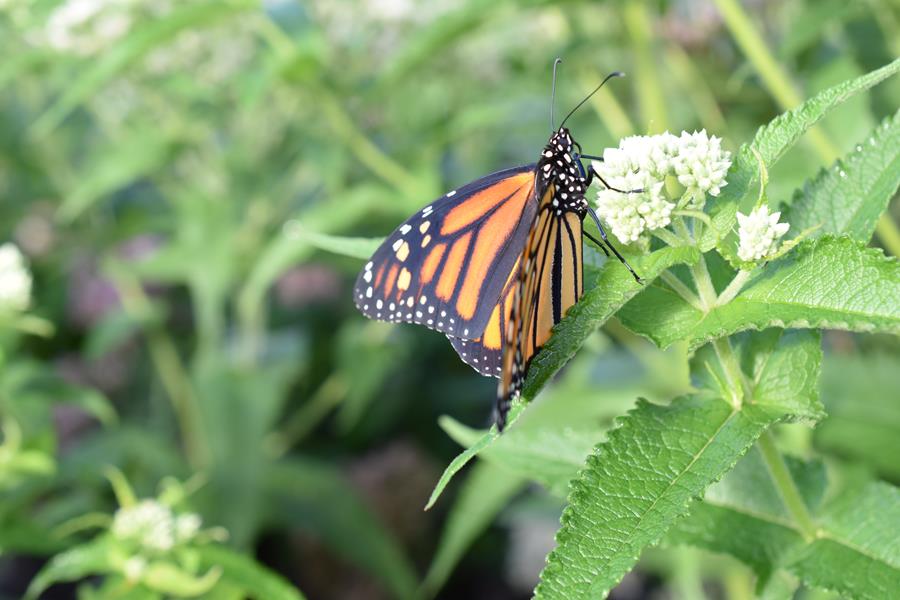 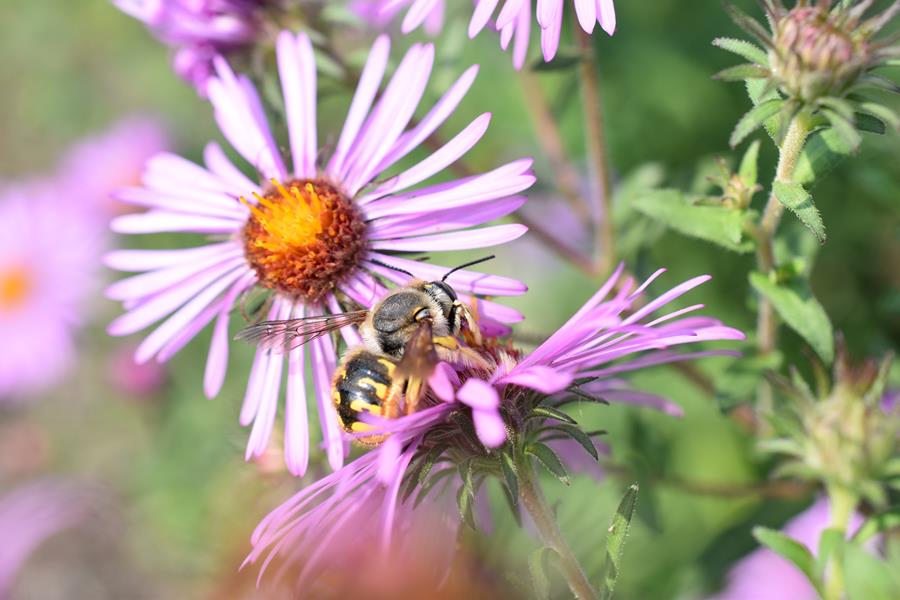