Are straw and hay interchangeable?

Hay is a grass or legume that is cut and dried and used as feed for animals. Examples of grasses and legumes used to produce hay are alfalfa, Timothy, Bermuda, etc., and seed could also be a mix of a variety seeds. Hay is cut when the plants are green and before they seed. Hay is a supplemental food product for horses, cattle, goats, and sheep. After the hay is cut, it must dry. Moist, wet hay molds and cannot be used as feed. Once hay is dried, it is baled and stored for later use when pasture grazing is not possible.

Straw is a byproduct of a grain that has been harvested such as wheat, barley, or oats. Straw is more yellow/gold in appearance. Once the grain has been harvested, the dried, tube like stems are made into bales. Straw has little to no nutritional value and should not be used as feed. Straw is used more for animal bedding and garden mulch. People may get confused because straw and hay have been used interchangeably. For example, most likely if you are on a hayride you are sitting on straw rather than hay.

Hay and straw have different uses, and if you mix them up, it can become a problem. As I mentioned earlier, hay is used mostly for animal feed. However, it can be used for garden mulch. Only the experienced gardener should try gardening with hay. Hay seed can contain weed seeds. When hay is used for mulch, the seeds for weeds can begin to grow in the garden. This can cause a gardener more work fighting the weeds. There are weed free seeds available, but they are expensive. Straw is better for garden mulch and animal bedding. Used as mulch, it helps the soil retain moisture and provides weed control. It was mentioned in my readings that farmers control the weeds in the grain crops to ensure the highest yield for their grain. The straw will have little to no weed seed. When used for bedding, it provides a comfy spot for animals, and it makes good nesting material.

I knew there was a difference between straw and hay, but I thought it was only in texture and appearance. I thought that straw and hay were interchangeable and used to feed animals. It is good to know that livestock will be safe in my hands now. Well, maybe. I still have a lot to learn, but I now have a better understanding of the uses of straw and hay. 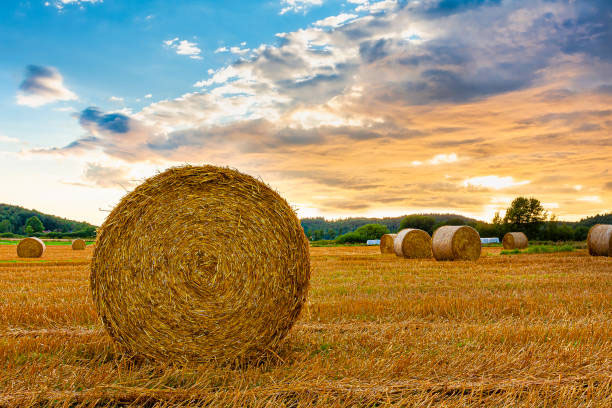